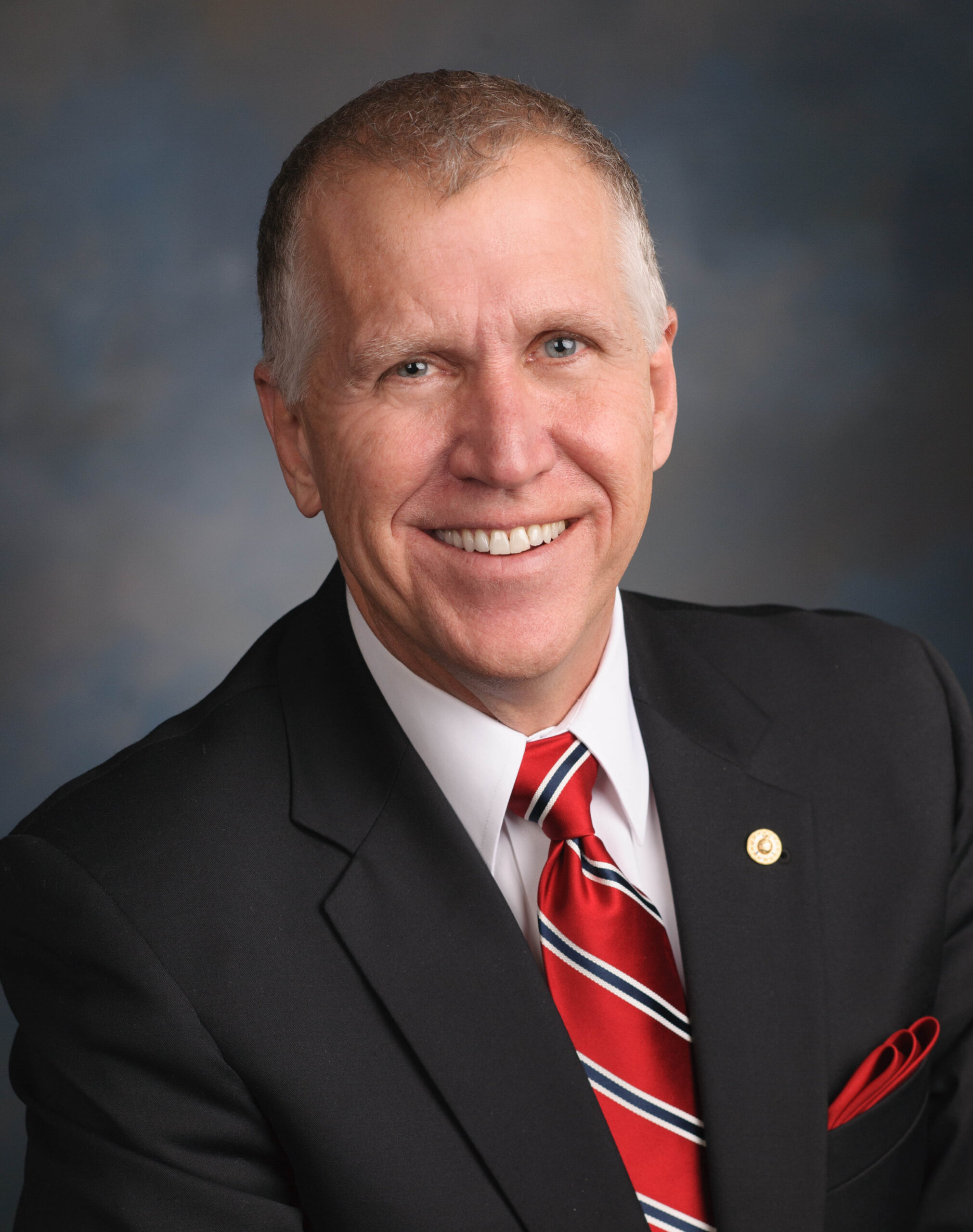 North Carolina Senator Thom Tillis is committed to preserving the American Dream for younger generations and supports commonsense policies that will generate economic growth and opportunities for working families.

As a member of the Senate Armed Services Committee and Veterans’ Affairs Committee, Thom directly advocates for North Carolina’s rich military tradition, our veterans, and men and women currently in uniform. Thom also sits on the Agriculture, Nutrition and Forestry Committee, Judiciary Committee, and the Senate Special Committee on Aging.

Thom was born into working-class family with his father and mother and five siblings. His family lived on the economic bubble and frequently relocated depending on where his parents could find work.  After graduating from high school, Thom was unable to afford college, so he took a job as warehouse records clerk earning minimum wage.  He knows firsthand how difficult it is to raise a family while attending school at night, struggling to makes ends meet.

Through hard work and dedication Thom quickly moved up the corporate ladder, earning his degree at 36 and becoming a top-level executive at PricewaterhouseCoopers and IBM. Thom’s 22-year private sector career in technology and management consulting has provided him with a deep understanding of policy-making and the management of complex organizations.

Fueled by a desire to make a difference in his local community, Thom’s involvement in public service began by serving as the PTA president of his daughter’s high school and as a member of the Town of Cornelius Board of Commissioners. In 2006, he was elected to the North Carolina House of Representatives and was selected by his peers to serve as Speaker of the House from 2011 to 2014.  As Speaker, Thom played an instrumental role in enacting job-creating policies and reforming North Carolina’s tax and regulatory codes.

Thom lives with his wife Susan in Huntersville, North Carolina, and they are the proud parents of two grown children.