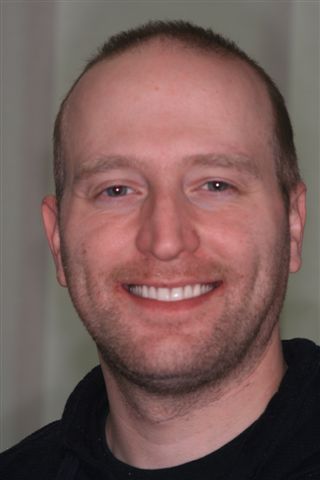 Air Force Veteran Alex McGowan served two tours in Iraq.  After his second deployment, he returned home in 2004 a different person. He was unemployed and suffering from psychological trauma when his dental condition began to manifest itself. He eventually entered the NC Air Guard.  Unfortunately his dental condition deteriorated, and full time employment evaded him as it became clear no one would hire someone with a significant preexisting dental condition. In addition, the Air Guard informed him that he could not serve due to his dental condition – he was considered “un-deployable”.

The North Carolina Heroes’ Fund began working on Alex’s case and reached out to Dr. Ralph Hoffmann, a Prosthodontist who practices in Charlotte, who was willing to donate his professional services for Alex’s dental work.  The North Carolina Heroes’ Fund covered the cost of supplies and materials. The oral surgery and upper and lower dentures that Dr. Hoffmann provided have truly changed Alex’s appearance and will impact his life and health significantly.  Primarily, it will enable him to stay with the Air Guard and continue his service to our country. 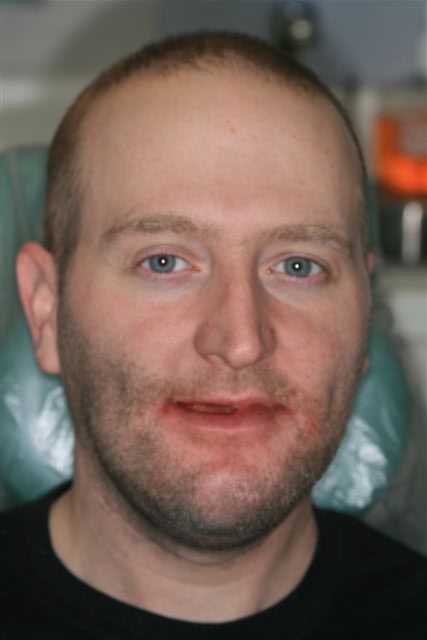 Alex says of his experience, “My dental status put me at risk for losing my career in the Air National Guard.  By the grace of God I found the Heroes Fund Just in time. I owe everything to the Heroes Fund, Dr. Hoffman, and his staff.”

“While researching Alex’s case, we heard from caseworkers and superior officers that Alex McGowan was an exemplary airman, and it was clear that those around him would turn over every rock to help him. North Carolina Heroes’ Fund appreciates Alex’s service to our country and has been honored to work together with Dr. Ralph Hoffmann to help such a deserving recipient.” Scott Stone, Chairman of the Board.

Additionally Dr. Hoffmann said of Alex’s service, “Many of us haven’t served and sacrificed for our country as profoundly as people like Alex have.  We are all citizens, and this was my way of giving back, a small sacrifice, for a true hero like Alex.”