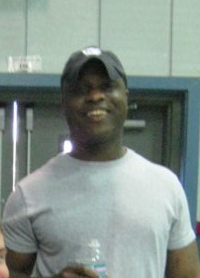 Sgt Robert Saunders served in the United States Army for eight years. He was deployed to Afghanistan as a helicopter door gunner in 2004-2005 and again in 2007. Sgt Saunders suffers from several injuries resulting in a 70% disability rating.

He was honorably discharged from the Army in 2010. Using his GI Bill, Robert attended the University of Delaware in Aviation Management. In 2013 his VA benefits expired, he believes prematurely. His VA caseworker is helping him investigate in hopes of reinstating his GI benefits so he can complete his education. He returned home to North Carolina in May of 2013 and is currently working two jobs to make ends meet.

The NC Heroes Fund helped Sgt Saunders get caught up on his mortgage and credit card bill as he continues to look for fulltime work and find a way to complete his studies in Aviation Management.