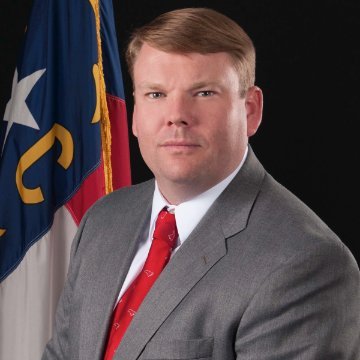 Heather   |   Board of Directors, Uncategorized

Ellis is a Partner at Knott & Boyle, PPLC. Ellis and Joe Knott have been working together as a team since early 2015.  Before that, Ellis ran his own law firm helping clients with a range of issues.  This experience gave him the ability to focus on the challenges they faced and how to efficiently and effectively meet their goals.

Immediately prior to opening his own law firm, Ellis served as General Counsel and Deputy Secretary at the North Carolina Department of Public Safety (DPS).  DPS has over 27,000 employees and is responsible for the North Carolina prison and probation/parole systems, State Highway Patrol, Emergency Management, National Guard, and the juvenile justice system.

Prior to working for DPS, Ellis served as an Assistant United States Attorney (AUSA) in the Eastern District of North Carolina for two years.  He worked in the Civil Division and had 19 trials in federal court.  He also had extensive experience representing the United States against negligence and medical malpractice claims for personal injuries under the FTCA and in bankruptcy cases.

Before serving as an AUSA, Ellis worked as an associate in the business litigation practice group of Womble, Carylye, Sandridge and Rice in Winston-Salem working primarily for companies on matters related to business disputes and dissolution of businesses.

Ellis is from northeastern North Carolina.  He was born and raised in Edenton.  He earned a degree in history from Davidson College.  After graduating, he was commissioned as a 2nd Lieutenant by his Army R.O.T.C. program.  He served as an infantry officer in the U.S. Army for four years and left as a Captain, spending time primarily in Ft. Benning, Georgia and Ft. Riley, Kansas.  After serving in the Army, Ellis earned a law degree from Wake Forest University Law School, where he served as a member of the Law Review.  Upon graduation, Ellis spent a year as a law clerk for the Honorable Claude Hilton, a U.S. District Court Judge in the Eastern District of Virginia.