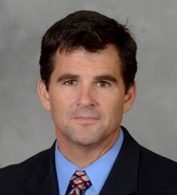 Prior to entering the profession of law, Glen served as an Infantry Officer in the United States Army for over 20 years before he retired as a Lieutenant Colonel.  Commissioned as an Infantry Lieutenant from North Carolina State University, he began his career as an Airborne Rifle Platoon Leader at Fort Bragg in the 82nd Airborne Division which culminated following battalion command.  His assignments include Airborne, Mechanized and Stryker-equipped Infantry units as well as service as the Aide de Camp for the Commanding General for all US and Coalition forces in Afghanistan.  Blumhardt is a second generation Infantry Officer with combat and operational experience in Iraq, Afghanistan, Bosnia-Herzegovina, and Hungary; with additional deployments throughout the Middle East.

Glen along with his wife and their two children live in Chapel Hill near the family farm which pre-dates the Revolutionary War.