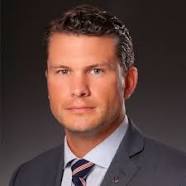 SAVE THE DATE: We are excited to announce our Annual Charlotte Heroes Lunch has been scheduled for Monday, May 23rd, 11:30-1pm at the Omni Charlotte. Our keynote speaker will be Fox News Contributor and author Pete Hegseth. We hope you can join us!

As a FOX News  Channel contributor, Hegseth has appeared regularly on the channel since 2014—guest hosting FOX & Friends frequently and regularly providing commentary on The Kelly File, Outnumbered, and America’s Newsroom. Hegseth is also a frequent contributor to FOX Business, National Review and FOXNews.com.

In May of 2016, Hegseth’s first book—In the Arena—will be published by Threshold Editions of Simon & Schuster. The book, which channels a famous Teddy Roosevelt speech, makes an impassioned argument for gritty citizenship at home and American leadership aboard—the combination of which can renew our exceptional nation and salvage a free world set adrift.

Hegseth has deployed with the U.S. Army three times since 9/11, most recently returning from Afghanistan where he was the senior counterinsurgency instructor at the Counterinsurgency Training Center in Kabul from 2011-2012. Hegseth previously served in Iraq with the 3rd Brigade of the 101st Airborne Division for their 2005-2006 deployment, serving as an Infantry Platoon Leader in Baghdad in 2005, and as a Civil-Military Operations officer in Samarra in 2006. He also served in Guantanamo Bay for a year guarding detainees. Hegseth holds two Bronze Stars and a Combat Infantryman’s Badge for his time in Iraq and Afghanistan.

Hegseth previously served as the Chief Executive Officer for Concerned Veterans for America (CVA) from 2012-2015, the largest conservative veterans and military families organization in America. Prior to joining CVA, Hegseth was Executive Director for Vets for Freedom from 2007-2011, an organization committed to victory on the battlefield.

Hegseth graduated from Princeton University in 2003 with a degree in Politics and completed a Masters in Public Policy at Harvard University’s John F. Kennedy School of Government in 2013. Hegseth lives in Minnesota with his wife Samantha and their three boys—Gunner (5), Boone (3) and Rex (1).

The North Carolina Heroes’ Fund was founded in 2007 with the goal of helping our North Carolina veterans by relieving the burden of a short term financial hardship encountered on the road to recovery. This is one of two major annual fundraising events for the NC Heroes Fund.