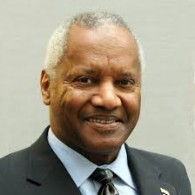 On Thursday, November 12th, 11:30-1pm, we will hold our Annual Raleigh Heroes Lunch. Huge thank you to this year’s Presenting Sponsor, Fairway Outdoor Advertising! This year our event will be at the City Club Raleigh and our speaker will be Dr. Phail Wynn. We hope you can join us!

Phail Wynn Jr. received his undergraduate degree from the University of Oklahoma, and then served six years as an officer in the U.S. Army, including a combat tour in Vietnam. He earned his master’s and Ph.D degrees from North Carolina State University and his MBA from the Kenan-Flagler School of Business at the University of North Carolina.  He was inducted into Beta Gamma Sigma, the national business honor society.

When Wynn was named president of Durham Technical Community College in 1980, he became the first African-American community college president in the North Carolina System. Through his stewardship, Durham Tech became a leader in providing training and instruction in various high-technology areas.

The North Carolina Heroes’ Fund was founded in 2007 with the goal of helping our North Carolina veterans by relieving the burden of a short term financial hardship encountered on the road to recovery. This is one of two major annual fundraising events for the NC Heroes Fund.

Register for the Event.